Following my blog post on Japanese cuisine, which focused mainly on sushi, I’ve since been interested to know more about another Japanese national obsession: instant noodles. 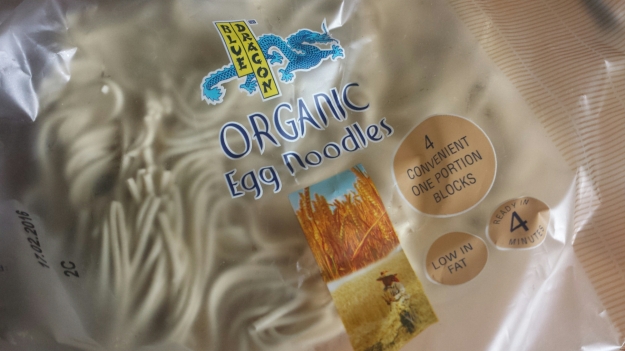 ‘Instant’ noodles are the most popular type of noodles and they come with a mixed reputation: seen as either cheap and nutritionless or scrumptous and time saving. They often come dried in thin foil packaging with a salty, potent sachet of flavourings and little freeze-dried nubs of vegetables. When I was backpacking / travelling they were a lifesaver: I’d often poach an egg in the boiling liquor before serving them up. Let’s be honest: you need all the extra nutrition you can get!

In Japan, instant noodles are seen as a symbol of the nation. Japanese magazines and even museums are said to exist with the sole purpose of glorifying instant Ramen noodles with their cult status.

Noodles are, of course, the pre-cursor to Italian pasta. It was Marco Polo, the Italian explorer, who took the recipe back to his homeland from China, before making a few adaptations. It’s something not often acknowledged in the West, but we certainly have a lot to thank our Far Eastern compatriots for their noodle-based inventiveness.

Furthermore, I was reading recently that British appetites for Asian cuisines is continuing to grow. The could be put down to the sheer range of dishes on offer throughout the region. In Vietnam the two main noodle dishes, which I’ve had the pleasure of enjoying, are ‘Cao Lao’ from Hoi An and ‘Pho Bo’. The noodles in Cao Lao are all about texture; they are firm, chewy and delicious served alongside ground pork, spices, fresh mint, basil and coriander. As for ‘Pho Bo’, the broth is slightly lighter, the noodles flatter and is commonly served with a refreshing mixture of lime, peppers, mint, bean sprouts and either pork or chicken. The herbs make the taste quite strong and almost floral.

Malaysian fried noodles, known locally as mi goreng, are definitely one of my all time favourite dishes. Such is the profusion of street food in Malaysian hawker stalls you can literally buy a bowl anywhere. Mi goreng are egg noodles served with either meat (chicken, prawns, beef) or vegetables (tofu), with a hint of sambal olek (spicy chilli sauce), before being topped with a fried egg.

So, I hoped this has peaked your appetite for a steamy bowl noodles. For the recipe below I’ve gone with a Chinese noodle classic.

Never mind phoning up for a takeaway, this is an incredibly quick and easy recipe to make (15 minutes max) and makes a great chicken dish. It has a range of different flavours and textures: the salty soy sauce, heat from the ginger and chilli and lots of crunchy vegetables like bok choi, red and yellow pepper, water chestnuts, spring onions and (optional) bean sprouts.